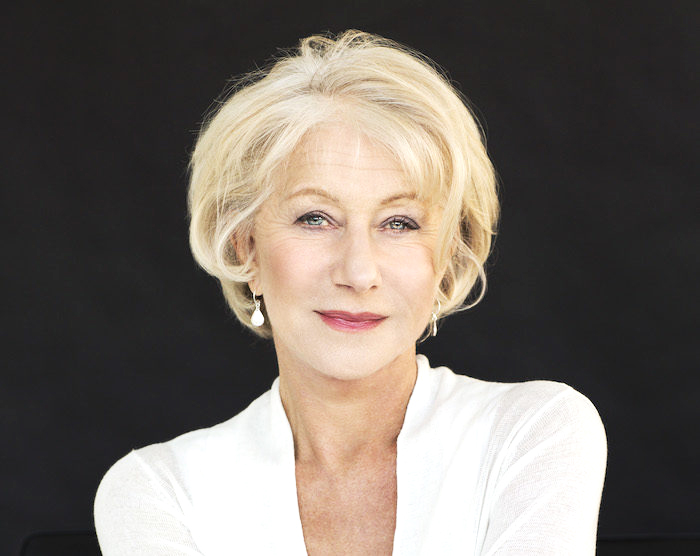 “This has been such a very difficult time for live performance and many artists, technicians and craftsmen and women have struggled in a profession that is already fraught with insecurity. Maybe that always present insecurity has made them more able to survive this pandemic with wit and courage. Their imagination has already translated itself, in these new circumstances, into inventive, entertaining and moving ways to communicate, thanks of course in large part to the internet. Human beings have told each other stories for as long as they have been on the planet. The beautiful culture of theatre will live for as long as we stay here. The creative urge of writers, designers, dancers, singers, actors, musicians, directors, will never be suffocated and in the very near future will flourish again with a new energy and a new understanding of the world we all share. I can’t wait!” Foto by Trevor Leighton

Helen Mirren is a one of the best known and most respected actresses with an international career that spans stage, screen and television and has won many awards for her powerful and versatile performances, including the Academy Award in 2007 for her performance in The Queen.

Theatre
Helen Mirren began her career playing Cleopatra with the National Youth Theatre. She then appeared in rep in Manchester and from there she joined the Royal Shakespeare Company. After four notable years at the RSC Helen took a complete change of direction, when she went to work with renowned director Peter Brook’s theatre company Centre de Recherche Théâtral and toured Africa and America.

Since then her theatre work has spanned numerous productions in the West End, the Fringe, the RSC, the National Theatre and Broadway in the US including A Month in the Country, for which she received a Tony nomination and The Dance of Death on Broadway opposite Ian McKellan.

Subsequent productions include Orpheus Descending at the Donmar Warehouse and Mourning Becomes Electra at the National Theatre for which she was nominated for an Olivier Best Actress Award.

She returned to the National Theatre in 2009 in the title role of Racine’s Phèdre directed by Nicholas Hytner. This made history when it became the first theatre production to be filmed for NTLive and seen in cinemas throughout the world.

In her most recent performance in 2013 in London’s West End, she reprised her role of Queen Elizabeth II in The Audience by Peter Morgan and directed by Stephen Daldry.

She won an Olivier Award and a What’s On Stage award for Best Actress. In February 2015 The Audience transferred to the Gerald Schoenfeld Theatre, New York with Helen Mirren still in the title role, for which she won the Tony Awards for Best Actress.

Film & Television
Additionally, to her career on the stage, Helen Mirren is very well known for our outstanding achievements on screen and television.

In 2003 Helen Mirren was appointed a Dame of the British Empire.

More details about her work on stage, screen and television as well as the charities that she reports and her life can be found on her own website: www.helenmirren.com