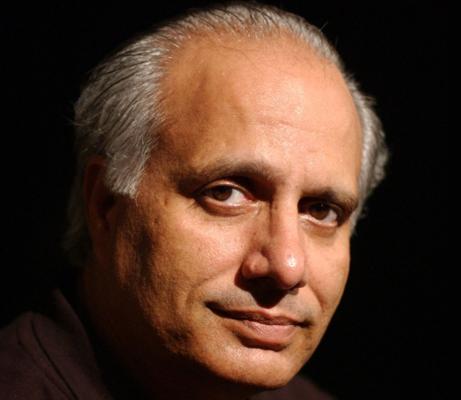 Theatre as a Shrine

At the end of a performance of Ajoka Theatre’s (1)  play on Sufi Poet Bulleh Shah (2), an old man, accompanied by a young boy, came to the actor playing the role of the great Sufi (3), “My grandson is unwell, would you please blow a blessing upon him.” The actor was taken aback and said, “I am not Bulleh Shah, I am just an actor playing this role.” The old man said, “Son, you are not an actor, you are a reincarnation of Bulleh Shah, his Avatar (4)”. Suddenly a whole new concept of theatre dawned upon us, where the actor becomes the reincarnation of the character, he/she is portraying.

Exploring stories such as that of Bulleh Shah, and there are so many in all cultures, can become a bridge between us, the theatre-makers and an unacquainted but enthusiastic audience. While performing on stage, we sometimes get carried away by our philosophy of theatre, our role as harbingers of social change and leave a large section of the masses behind. In our engagement with the challenges of the present, we deprive ourselves of the possibilities of a deeply moving spiritual experience that theatre can provide. In today’s world where bigotry, hate, and violence is on the rise, our planet is plunging deeper and deeper into a climatic catastrophe, we need to replenish our spiritual strength. We need to fight apathy, lethargy, pessimism, greed, and disregard for the world we live in, the planet we live on. Theatre has a role, a noble role, in energizing and mobilizing humanity to lift itself from its descent into the abyss. It can uplift the stage, the performance space, into something sacred.

In South Asia, the artists touch with reverence the floor of the stage before stepping onto it, an ancient tradition when the spiritual and the cultural were intertwined. It is time to regain that symbiotic relationship between the artist and the audience, the past and the future. Theatre-making can be a sacred act and the actors indeed can become the avatars of the roles they play. Theatre has the potential of becoming a shrine and the shrine a performance space.

(1) Ajoka Theatre: Established in 1984.The word Ajoka means “Contemporary” in Punjabi. Its repertoire includes plays on themes such as religious tolerance, peace, gender violence, human rights. (2) Sufism: The Islamic mystical tradition, Sufi poetry, mostly rendered in music, expresses mystical union through the metaphors of profane love. /3) Bulleh Shah (1680-1757): An influential Punjabi Sufi poet, who wrote about complex philosophical topics in simple language, a strong critic of religious orthodoxy accused of heresy and denied burial in the city graveyard. Popular across religious divide. (4) Avatar: Reincarnation or manifestation on Earth of a divine teacher according to Hindu culture.

* This text is an extract of the longer version of the Message of World Theatre Day 2020, available in English, French and other languages on: www.world-theatre-day.org

Shahid Nadeem is Pakistan’s leading playwright and head of the renowned Ajoka Theatre.


Shahid Nadeem was born in 1947 in Sopore, Kashmir. He became a refugee at the tender age of 1, when his family had to migrate to the newly-created Pakistan after the 1948 war between India and Pakistan over the disputed state of Kashmir. He has lived in Lahore, Pakistan where he did his Masters in Psychology from the Punjab University. He wrote his first play as a university student but became a dedicated playwright when he started contributing from his political exile in London, plays for Pakistan’s dissident theatre group, Ajoka, set up by Madeeha Gauhar, a pioneer theatre activist, whom he later married. Shahid Nadeem has written more than 50 original plays in Punjabi and Urdu and several adaptations of Brecht’s plays.

He has been associated with Pakistan Television as a producer and member of senior management. He was imprisoned three times under various military-led governments for his opposition to military rule and adopted as a prisoner of conscience by Amnesty International. In the notorious Mianwali Jail, he started writing weekend plays produced by and for the prisoners. Later he worked as International Campaigns Coordinator and Asia-Pacific Communications Officer for Amnesty International. He has been a fellow at the Getty Research Institute, International Pen, USA and National Endowment for Democracy. He is also a member of Theatre Without Borders network.

His plays have been translated into English and published by Oxford University Press, Nick Hern Publishers and in several anthologies. He was awarded the President of Pakistan’s Medal for the Pride of Performance in 2009. He has also directed plays for stage and television and organized Theatre for Peace festivals in India and Pakistan. He has contributed for leading Pakistani and Indian papers and BBC’s Urdu Service. He has produced documentaries on cultural subjects including Lahore Museum, Punjabi customs, poet Iqbal and painter Sadeqain.

Shahid Nadeem’s plays are well-regarded for their bold socially relevant, sometimes tabooed subjects such as religious extremism, violence against women, discrimination against minorities, freedom of expression, climate, peace and Sufism. Several of his plays address the issues of Partition of South Asia and shared cultural heritage of the region. He skillfully combines contemporary social and political themes with traditional forms and folk heritage to present an entertaining and intellectually stimulating theatre. Music is an inherent part of his theatre productions. He teaches art of writing at Ajoka Institute for Performing Arts and the Institute for Art and Culture, Lahore.