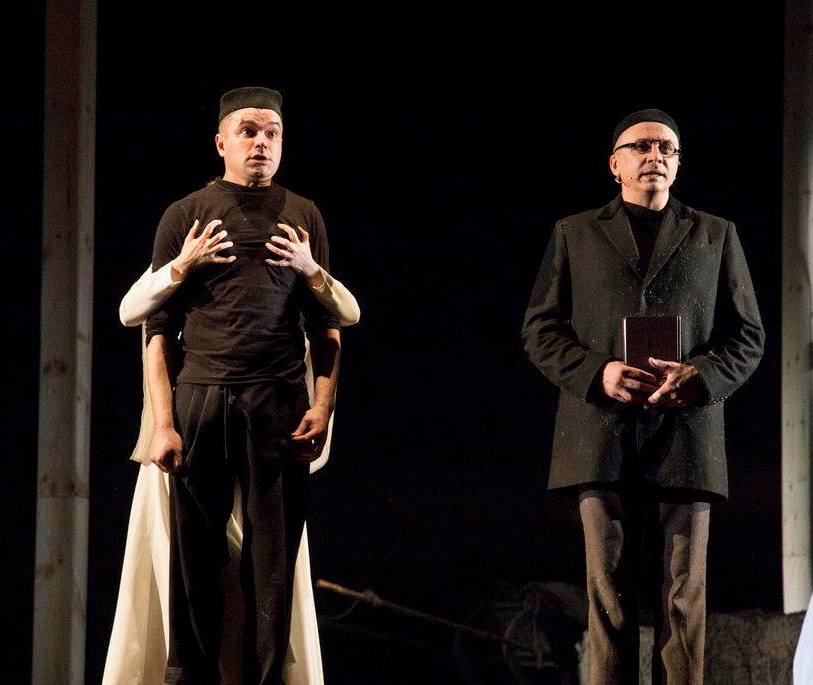 Perm hosted members of the music jury, since “Joan at the Stake” staged by Romeo Castellucci is very difficult to bring to Moscow. As for drama jury, it went to watch Aydar Zabbarov’s production “Is This the Life?” of Galiaskar Kamal Tatar Academic Theatre, which arrived to Moscow on large-scale tours.

The story of Gayaz Iskhaki, the classic of Tatar literature is full of autobiographical moments - rural childhood in the family of a village mullah, studies in a madrasah, passion for enlightenment, an attempt to fight against ignorance, traditional marriage of propriety under pressure of parents. The play written about a hundred years ago clearly celebrates revolutionary transformations, and today has suddenly found another relevancy: one hundred years have passed, and omnipotence of ignorance is still able to ruin many a living soul.

The director is not stingy with either gloomy or funny paints. “Poor” design (all everyday items are made of huge hay cubes), awkward dark clothes and dim light is found side by side with lots of amusing details. Like a ceremony of meeting the son- student by the family of a village mullah or preparing for a wedding, when a bride’s mother comes to ecstasy, dictating to her husband a shopping list, and he is in a hurry to write everything down: on his palms, on his forearms, on his chest and stomach, laughing out loud from tickling.

Сharming Iskander Khairullin as a protagonist of the story for three hours of the performance should live half of his life - from a timid teenager to a broken man who realized that his "life was gone." But the main thing - and this is quite unusual for Russian mentality - Halim blames for his ruined life neither the environment, nor his ignorant people, nor his parents, nor his wife who is a symbol of self-satisfied dullness and narrow-mindedness. But he blames only himself, who had dreams and knowledge, and ideals, but not the will to remain himself.