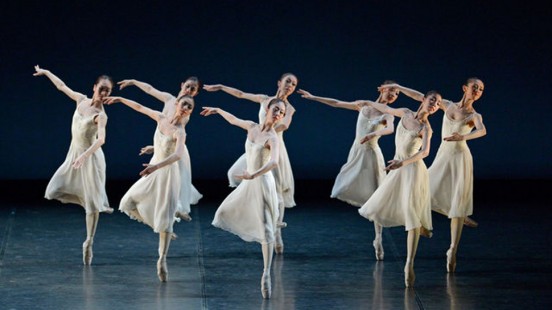 Asami Maki Ballet of Tokyo will become the first Japanese troupe to perform on the stage of Mariinsky Theater’s Maritime branch in Vladivostok, the principal ballet master of the affiliation, Eldar Aliev told TASS.

Next January, Asami Maki Ballet is expected to give three performances of the ballet ‘Asuka’ and two gala concerts in Vladivostok.

"This isn’t the first project for us where ballet companies from Asian countries are featured," said Aliev, a man of versatile international experience as a dancer, choreographer and artistic director. "We’ve already played host to Liaoning Ballet and Beijing Opera and now are looking forward to a tour by Asami Maki Ballet."

"This is the first Japanese troupe we’ve invited to perform on our stage," he said.

‘Asuka’ reveals a dramatic story of love between a hunter’s son named Hiwatari and the young girl Sugaruotome, whom the hunter’s family found in the mountains when as a small child and adopted her. But plight breaks them apart, as Sugaruotome is supposed to become a priestess to the dragon god.

The troupe’s performances in Vladivostok have been scheduled for January 16 through January 20, 2019.

"We’re seeking to put together the program of the gala concert in a way that will combine classical and modernist choreography in one recital so that the spectators would be fascinated," Eldar Aliev said. "The ballet ‘Asuka’ includes the elements of folklore and national themes reflecting Japanese culture."

As for Asami Maki Ballet, Aliev described it as a well-known company with a history going back to 1956, the year of its foundation. "It has toured Moscow and St Petersburg and has performed at the Bolshoi and at the Mariinsky," he said.

The production designers use visual projections instead of conventional scenery in this ballet. "It is quite interesting, especially if you recall that visuals are not used in ballets very often," Aliev said. "Now that the rehearsals are underway it’s important to understand whether or not the moving projections might hinder perception of dance by the spectators.

The ballet master noted the highly divergent trends in the development of ballet in Asian countries like China, South Korea and Japan. "China, for instance, proceeds from the principle of massive selection of talented children who then get the training along a system laid down by Russian teachers and ballet coaches, particularly by Pyotr Gusev who created classical ballet in that country."

"China has the Beijing Dance Academy that’s working very successfully, and the Liaoning Dance Academy also shows impressive results," Aliev said. "They have a smoothly functioning system, which is somewhat different now from the one they had during Soviet era when Soviet ballet teachers would visit China regularly. All of that went to pieces in the 1990’s and teachers from all over the world, including the US and the UK, started coming to China."

"They altered the Soviet system of ballet education and the overlapping of various schools and systems appeared," he said. "At present, however, the Chinese want to go back to the previous system and we’re trying to help them in it."

Ballet in South Korea has been developing at a remarkable rate in recent years. "Advanced dancers and instructors came to South Korea from Russia in the 1990’s and they gave an impulse to a buildup of classical ballet at a rate not seen in any other Asian country," Aliev said.

"As for Japan, a country where every other little girl dreams of becoming a ballerina, the biggest shortcoming I see there is a rather fragmented system of instruction or, in other words, the absence of a uniform system of professional ballet training and coaching," he said.

"I don’t insist on a certain methodology but instruction in classical ballet should follow a definitive line and bring specified results," Aliev said. "This is far more difficult to do in Japan because in contrast to Russia or Western countries, the Japanese don’t have the specialized schools where a child can enroll and make ballet their profession."

The Maritime Theater in Vladivostok opened five years ago and became a branch of the Mariinsky in January 2016.

"We’ve done much over the years but the fifth anniversary since opening is not a date to celebrate," Aliev said. "We continue developing and abiding the standards spelt out by the Mariisnky Theater."

"When we opened the branch in Vladivostok, the ballet troupe there consisted of only 32 dancers but now we have almost 80 and we’re considering an expansion of up to 107 shortly," he said. "The aspirants to contracts pass a very strict selection process. Most of them are Russian but we also have dancers from Brazil, Spain, Italy, the US, and Japan."