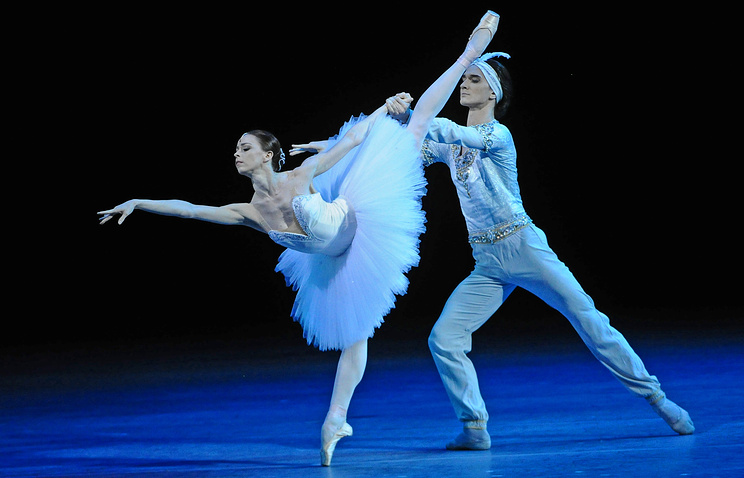 The Bolshoi Ballet Company starts its performance at Milan’s La Scala on Friday. The Bolshoi Ballet tour will run until September 13 and is part of the Russian Seasons festival that is taking place in Italy, Bolshoi Theater Director General Vladimir Urin said in an interview with TASS in Milan.

"The tour isn’t long. It will take a week," Urin said. "There are just two names on the bill: La Bayadere, which will be performed three times, and The Taming of the Shrew, which will also be shown three times."

According to the Bolshoi director general, the choice of these two ballets for the bill is not a coincidence. "La Bayadere is a tribute to this year’s main ballet anniversary celebrant, Marius Petipa, whose 200th birthday anniversary is being celebrated by the whole ballet world. La Bayadere is one of the great choreographer’s masterpieces, and we are to perform it in the Yuri Grigorovich production," Urin noted.

As for The Taming of the Shrew, the Bolshoi director general reiterated that this ballet is an absolute exclusive, which was staged by Jean-Christophe Maillot, who has never before staged anything in other companies save his own. "The Taming of the Shrew for the Bolshoi became an exception," Urin stressed, adding that the performance is having success in Moscow. It was also performed in St. Petersburg, Monte Carlo, London and New York, and it is Milan’s turn now.

The Russian Seasons festival, named after the legendary tours of Sergei Diaghilev’s ballet company, was first held in 2017 in Japan, gathering more than 3.5 million visitors in 42 cities of the country.

This year’s festival is taking place in Italy. It involves numerous famous Russian teams, including the Bolshoi Theater, the Mariinsky Theater, the Hermitage, the Moscow Philharmonic Orchestra, the Tchaikovsky Symphony Orchestra, the Nikulin Moscow Circus and others. The project involves at least 74 cities, with more than 300 scheduled events, including around 60 symphony concerts, more than 30 theatrical performances, 55 ballet shows and a heavy exhibition program.