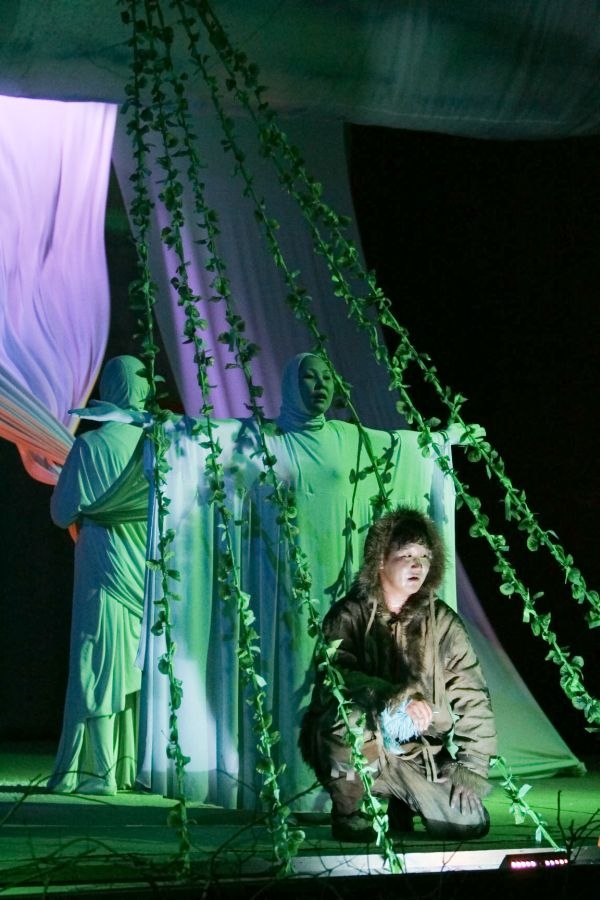 Gogol through the Olonkho prism

In May of 2017, the Yakutsk Youth Theatre, which is celebrating its 25th anniversary this year, will travel across Russia with a guest performance tour titled “Thank you, Teacher…”.  On May 20 in Ulan-Ude they will be showing Karl Serguchev’s production of “Exit the King”, and on May 21 – a children’s production titled “The Stone of Happiness” based on the legends of the people of the North, directed by Alexander Titigirov (in 2009, “The Stone of Happiness” won the “Welcome Shore…” Republican Theatre Festival award for Best Children’s Production).  Ulan-Ude is an important city for the Yakutsk Youth Theatre: it is here that many of its actors went to school, and their teachers will be among their audience.  On May 27, the Yakutsk natives will come to Moscow with Alexander Titigirov’s production of “Three Nights” (based on “Viy”), which emphasizes the similarities between Gogol’s mystical characters and the mythological characters from the Yakut heroic epos Olonkho.  The children’s production “The Stone of Happiness” will be performed in Moscow and the Moscow-area town of Zaraysk (as part of the fundraising festival hosted by the Bakhrushin Museum).  Moscow became a required stop on the guest tour, for the company’s core personnel is made up of the Shchepkin Theatre Institute graduates.  As for “Exit the King”, that production will head next to the 13th International Nowruz Festival of the Turkic Peoples, where it has already won awards in the past.