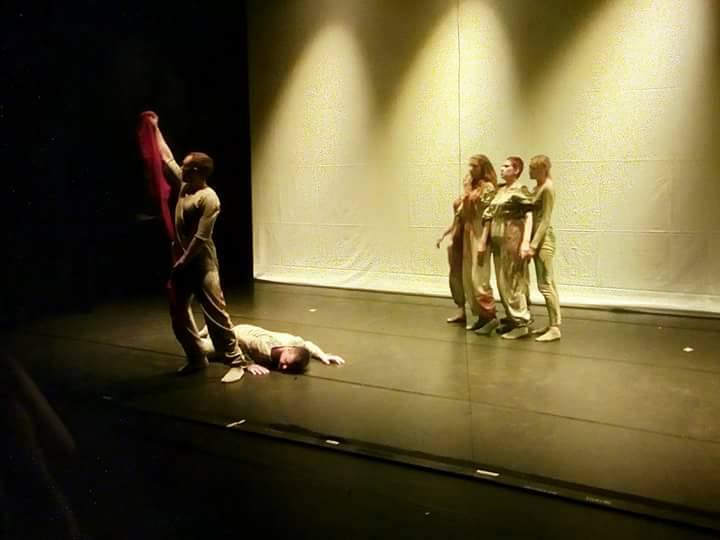 Main > News > Inside the canvas

The play is a new step of Inclusion theatre movements, which, along with professional actors, includes people with Down syndrome, Autistic Spectrum Disorder, the visually and hearing impaired, wheelchair users and so on. The author of this whole project, producer Victoria Viollo-Avdeyeva, decided to introduce deaf-blind people to painting through the means of theatre, relying on their experience, imagination, partial visual memory of those who used to see the light, and knowledge. The author of the script and the director (along with Albert Rudnitsky) became Dmitry Petrov. One of the consultants of the project was Irina Povolotskaya, a writer, and now an actress who had lost her hearing and sight in her childhood. During her work for the production she learned to speak anew.