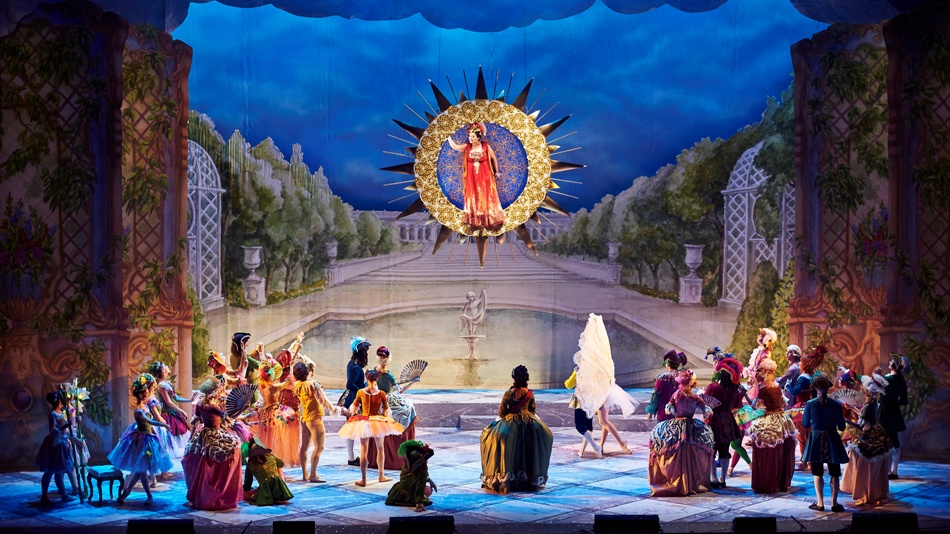 On September 10, the State Kremlin Palace hosted the only ballet show with opera elements “The Crystal Palace”. It was shown on the 50th anniversary of diplomatic relations between the Russian Federation and Malta, where its world premiere took place last June.

The performance was rather imperial in style. Eyes were dazzled by magnificent baroque decorations and costumes, with starring soloists of ballet of Bolshoi and Mikhailovsky Theatres Maria Vinogradova and Ivan Vasilyev and an opera soloist of the Bolshoi Theatre Anna Nechayeva, also Italian actress Ornella Muti as Empress Anna Ioannovna of Russia. Her every appearance on the stage happened with much fanfare. For the first time the empress appeared before the audience on a horse and in a large white hat (for a hunting scene).

During the performance, the actress herself was speaking Russian, carefully pronouncing the words. She seemed the most beautiful and affected Anna Ioannovna a theatre stage has ever seen.
The play was not without sentimentality: little dancers in white tutus were dancing around the empress, and in the finale, children from the choir of Bolshoi Theatre were singing dressed like angels holding lights in their hands. A white dove was flying, and a beautiful thoroughbred dog walking around. Yet it was balanced out by sensual music of the American-Maltese composer Alexey Shor and a touching plot with a sad end when during a snow storm young enamored jesters from the Ice Palace freeze to death.