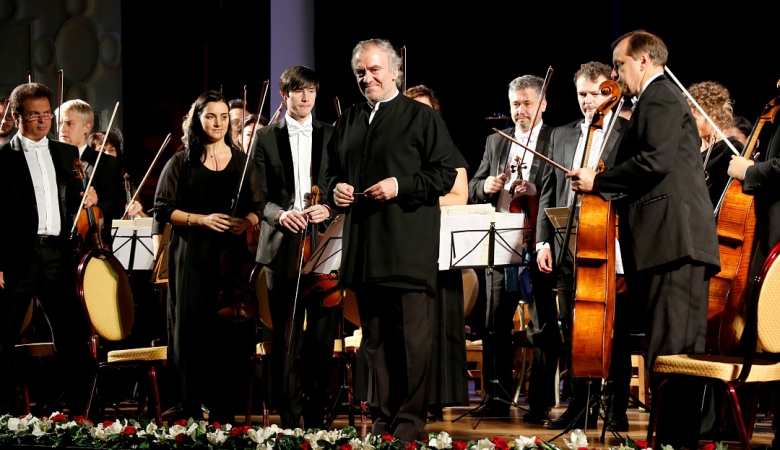 Russia’s Mariinsky Theater Orchestra conducted by Valery Gergiev will for the first time perform in Saudi Arabia on June 16-17. The event, set to take place in the city of Dhahran, will be supported by the Russian Direct Investment Fund (RDIF) and Saudi Aramco, the RDIF press service said in a statement.

"The concert will also be the first endeavor in cultural cooperation by RDIF and Saudi Aramco, through its flagship social-responsibility initiative, the King Abdulaziz Center for World Culture (Ithra)," the statement reads.

"Ithra is a major initiative aimed at spreading creativity and knowledge, building cultural bridges with the world, and promoting a lifestyle in line with the Kingdom’s Vision 2030," RDIF said, adding that "the development of arts and culture is one of the cornerstones of the Kingdom’s Vision 2030, led by HRH Crown Prince Mohammed bin Salman. The program considers culture indispensable to the quality of life of Saudi people and aims to bring the best of world art and culture to Saudi Arabia."

"The Mariinsky Theater Orchestra’s concert at the King Abdulaziz Centre for World Culture opens the gate for the best of Russian culture to be introduced to the Kingdom of Saudi Arabia. RDIF is proud that Saudi Arabia’s most modern theatre will open with a performance by Russia’s oldest orchestra," Russian Direct Investment Fund CEO and Mariinsky Theater Board of Trustees member Kirill Dmitriev said, as cited in the statement.

"This historic event marks the strong cultural dialogue between the Middle East and Russia. The fund sees Saudi Arabia as an important strategic partner and will continue to contribute to building cultural and investment bridges between our countries in the future," he added.

Saudi Aramco CEO Amin Nasser, in turn, said that "this is a great example of businesses going beyond corporate and economic cooperation, demonstrating that cultural exchange can build bridges, strengthen bonds and foster people-to-people engagements through shared cultural experiences."