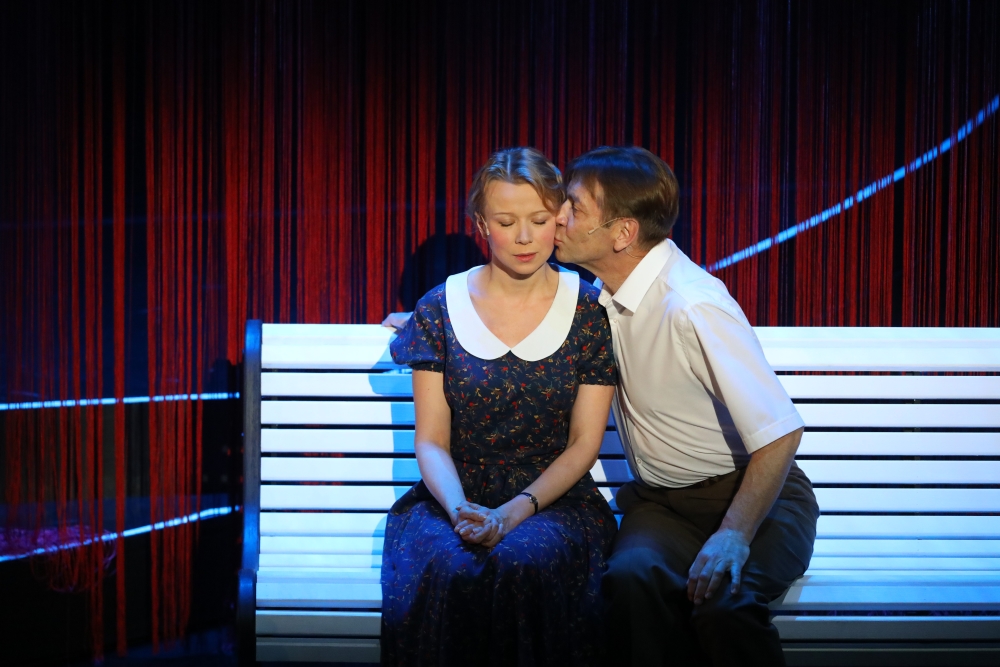 Tours are part of the Golden Mask extensive additional program, as for plays they were chosen by the theatre itself.  “The Storm”, “The Drunks” and “Alisa” have already been to Moscow for the festival, and a recent premiere "The Glory” by Viktor Gusev, staged by Konstantin Bogomolov was shown in Moscow for the first time.

In “The Glory”, the director presented a very strange combination of “ingredients”: the play itself and the unique Bogomolov’s style of almost impassive speech, enlarging the text itself and not allowing to add intonation or interpretation. The play is a typical Stalinist piece of propaganda, where an avalanche came off in a remote gorge, dangerously hovering over a village and Lenin’s power station. To undermine and redirect it is death-dealing, and only two dynamic entry engineers, two friends Mayak and Motylkov, are able to do it.

However, the plot quickly falls into a cheap opera. Motylkov copes with the task, but fatally wounded. It takes ten hours for his bride to reach him by plane through blizzard and storm to personally deliver surgical instruments. Motylkov recovers and returns to his mother, and then, at a family dinner, the whole company receives an invitation to the Kremlin to see Comrade Stalin.

The most interesting result of this tongue-in-cheek aesthetic experiment is the audience’s reaction and critics’ attempts to find its place in cultural context, redistribution of aesthetic responsibility. The audience reaction varies from enthusiasm, almost a standing ovation, in especially “Stalinist” scenes at the premiere in St. Petersburg to sarcastic laughter on tour in Moscow. To be part of “pro-Stalinist” audience should be hard for a normal person yet when an audience decently passes on this test of “anti-Stalinism” the whole idea starts to seem very far-fetched.