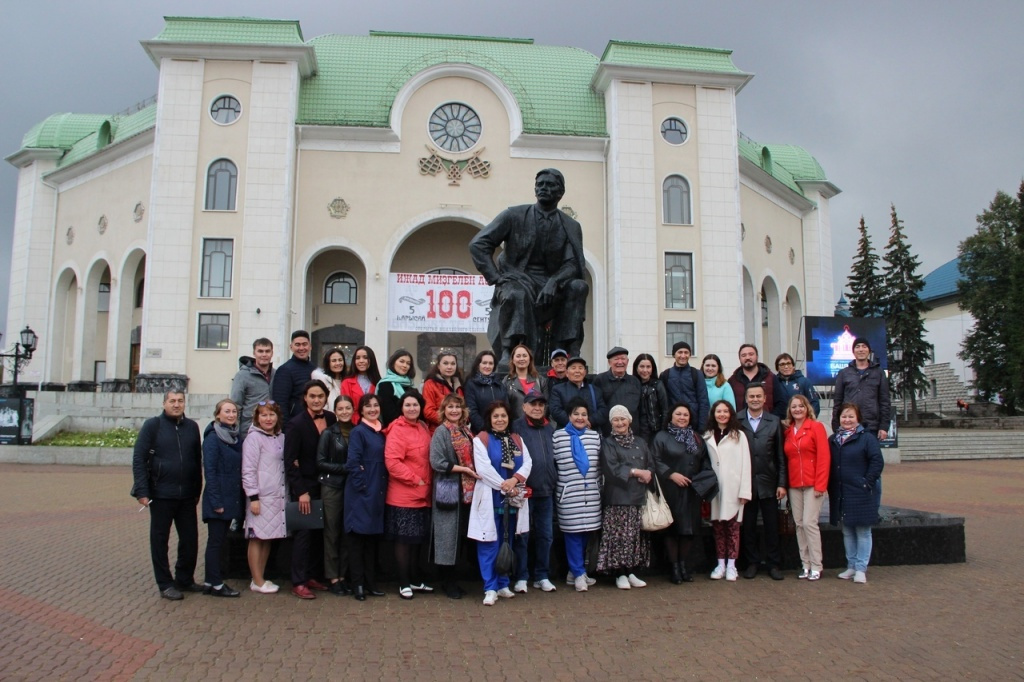 The Bashkir Drama Theatre celebrated its 100 years anniversary. The company “Kitap” published a book "Bashkir State Academic Drama Theatre Mazhit Gafuri" by this date. Essays on History and the Present” in Russian and Bashkir. It reproduced and translated articles of the twenties which were written in Arabic script. The idea of creating such a book belonged to Oleg Khanov, the former artistic director of the Theatre. The authors and drafters Aysylu Sagitova and Gulsyak Salamatova set their task not only to comprehend the cultural heritage, but also to return to the cultural memory the forgotten names of the repressed actors and directors of the Bashkir drama (such as Mukhtar Mutin Iskhak Zaini and others). To do this, they
spent a lot of time in the archives of the FSB, libraries and museums, met with relatives and descendants of their heroes.