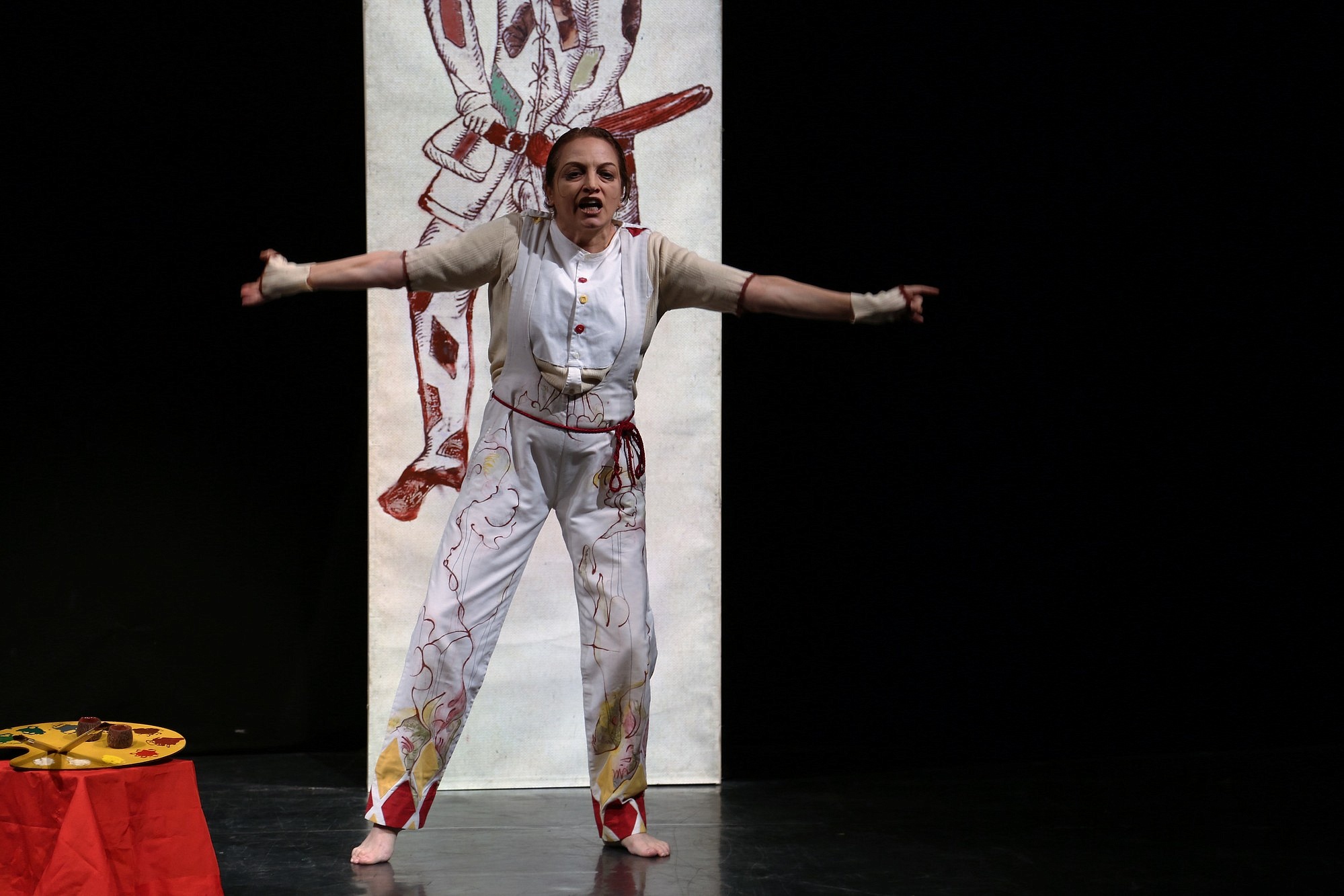 Main > News > Servant of All Masters, Master of All Servants

Servant of All Masters, Master of All Servants

Arlecchino’s visit to Moscow was short and business-oriented. Students of Theatre School of Konstantin Raikin saw the production of “Arlecchino and His Double” and the very next day they were all hard at work at the Arlecchino workshop, learning the basics of the art of commedia dell’arte that all but disassembled a body into its component parts in order to use these parts to put together new creatures.  And using the break time to carefully try on the peculiar leather masks that Arlecchino makes with her own hands.

Arlecchino is the second official name of the first woman that was officially given permission to perform under the male mask of Arlecchino – Claudia Contin, Italian actress, researcher, artist and writer.  Together with director Ferruccio Merisi they created the Experimental Actor’s School (Scuola Sperimentale dell’Attore); then Claudia Contin created Porto Arlecchino – a Laboratory of Theatre Art and Crafts; both the school and the laboratory take on the reconstruction of the most ancient forms of commedia dell’arte, but also further development of the genre, for the 21st century shouldn’t be left without Arlecchino either. Her visit to Moscow, as well as Dmitry Trubochkin’s lecture “Russian Theatre Schools” at the International L’Arlecchino Errante festival in the Italian town of Pordenone (October, 2017) laid the foundation for a program of collaboration and artistic exchange in the area of theatre art and pedagogy between the Higher School of Performing Arts and the Experimental Actor’s School.

Read interview of Claudia Contin in our new issue №41