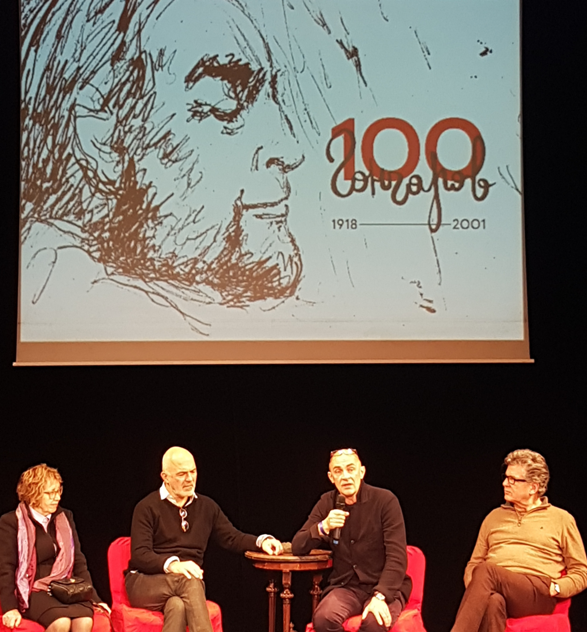 The 100th anniversary of Andrey Goncharov

On January 15, Mayakovsky Theatre, GITIS and Drama Theatre on Malaya Bronnaya held a marathon of events dedicated to the 100th anniversary of Andrey Alexandrovich Goncharov.

All the space of Mayakovsky Theatre was occupied: while the cloakroom showed the repertoire production “Nine-Ten” on the theatre’s history, at the large hall a documentary was on, two discussions “Goncharov the Teacher” and “Goncharov and directors” were held on the small stage, etc. Meanwhile, most of the cast was preparing for the evening concert “Under the Chandelier” with songs from Andrey Goncharov’s productions and personal memories of him.