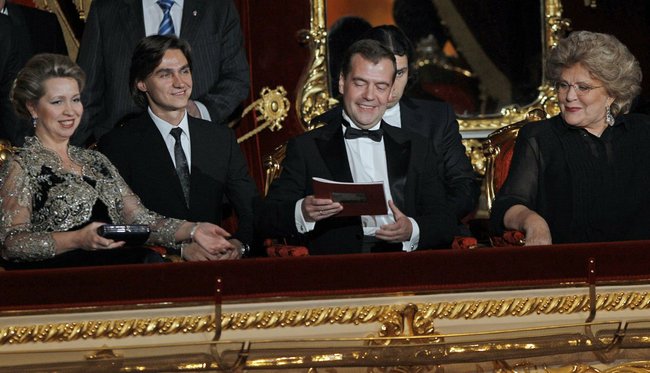 Russian Prime Minister Dmitry Medvedev has praised a number of projects carried out by TASS, including Mercator, Newm and Theatre Day. The prime minister had an opportunity to learn more about them during his visit to the TASS headquarters in Moscow on Monday.

The head of government was told about the structure of operation of tass.ru and shown topics that were the most popular at the time of his visit. Medvedev also had a look at the Mercator. It's a flat, flat world! project that won silver at the prestigious Kantar Information is Beautiful Awards. "It is a good project," he said.

TASS Director General Sergey Mikhailov and Deputy Chief Editor Darya Penchilova told Medvedev about the Newm project that is implemented in cooperation with the Russian Ministry of Enlightenment and tells children and teenagers about important events through images and ideas easily understood by the youngsters.

Another project that the prime minister acquainted himself with is Theatre Day. The project allows Internet users to make a virtual trip to one of the Russian theatres. These virtual tours include theater interiors and facilities as well as rehearsals and plays. "This is a great way [to tell people about theaters]," Medvedev noted. "Even though it doesn’t give you a sensed presence effect, it is still important to talk about this - if you cannot visit a theater or an exhibition due to certain reasons, it is great that [such a project] exists."