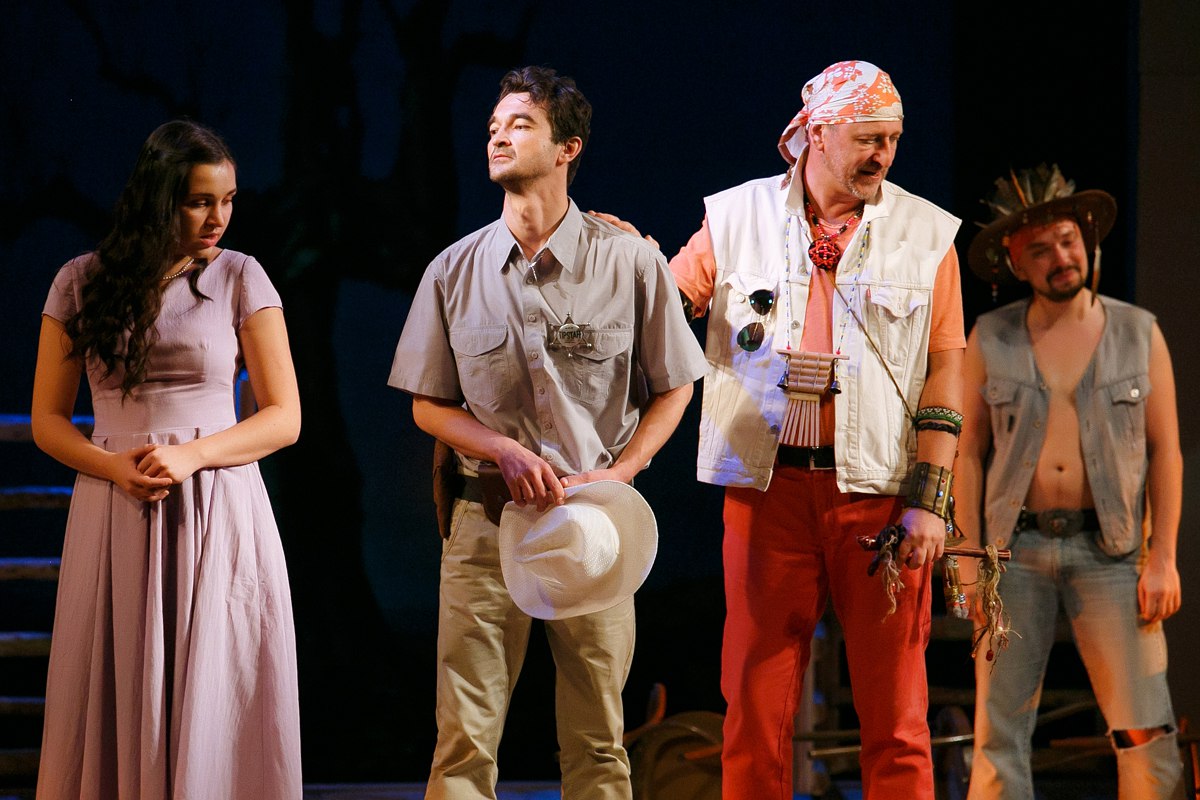 In August, a small Lithuanian resort Druskininkai once again became a theatre centre, hosting International Theatre Festival VASARA (which means “summer” in Lithuanian). The festival’s president is an art director of Vakhtangov Theatre Rimas Tuminas, who is both Russian and Lithuanian by origin and education. That is why the festival featured various plays from Russia - Moscow, St. Petersburg, Ufa, Podolsk; Russian-speaking Berlin and other cities.
One of the most important events of the festival was “The Rainmaker” of Orenburg Gorky Drama Theatre staged by Rifkat Israfilov. This well-known play by Richard Nash has rather rich stage history and was translated into more than 40 languages, including Russian. In the adventurous story about a charming swindler, the director focused on the miracle of transformation, which is much more important than rain during the most severe drought.