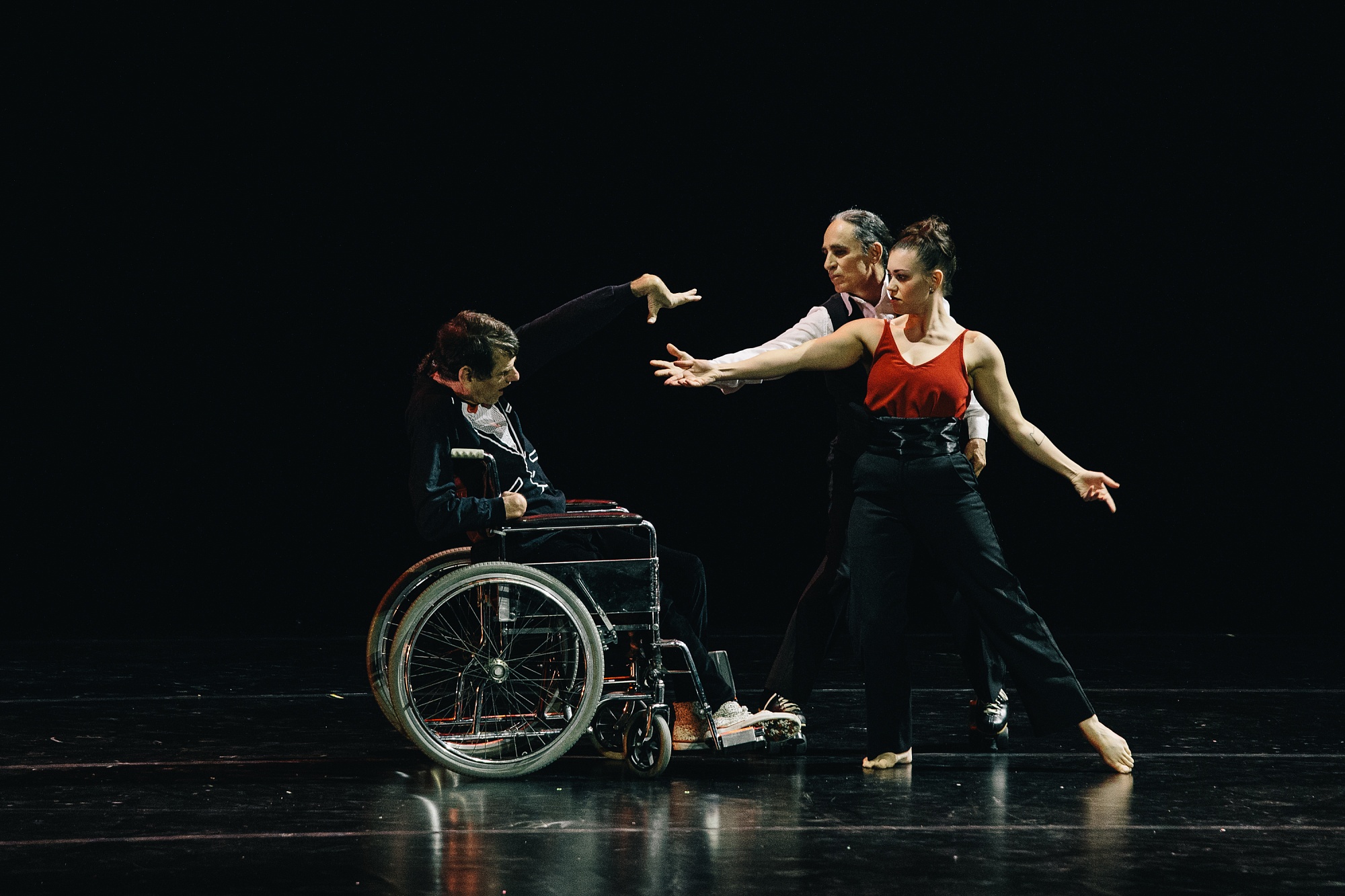 By tradition, choreographers and dancers who attend the forum, as well as their fellow-workers around the world, are being addressed by one of their most eminent colleagues. Among the authors of the recent messages are Sidi Larbi Cherkaoui, Lin Hwai-min, Julio Bocca, Lemi Ponifasio, Sasha Waltz, Mourad Merzouki, Israel Galvan de los Reyes, Anne Teresa De Keersmaeker. This year the author of the message was to be Trisha Brown, however, much to the regret of her admirers from all over the world, an outstanding dancer, choreographer and educator had died shortly before the summit. All the participants dedicated the Gala Night of International Dance Day to the late Trisha Brown. Nevertheless, before her death, despite a long illness, she wrote her message, which today sounds like a testament. “I became a dancer because of my desire to fly. The transcendence of gravity was always something that moved me. There is no secret meaning in my dances. They are a spiritual exercise in a physical form. Dance is about creativity… again and again…in the thinking, in the making, in the doing, and in the performing. Our bodies are a tool for expression and not a medium for representation… The life of an artist does not end with age, as some critics believe. Dance is made of people, people and ideas. As an audience, you can take the creative impulse home with you and apply it to your daily life.”

Greetings to the audience were sent by the outstanding choreographer Jiří Kylián: “ I was a refugee myself, and I was a victim of a disastrous political situation. I left my country, Czechoslovakia, in August 1968 after it was invaded by the communist states of the Warsaw Pact. When I became the artistic director of the Netherlands Dance Theatre in 1975, I made sure that the dancers I engaged came from all races and all continents, and that the repertoire was as diverse as possible. I made sure that we travelled to any country of the world which was ready to receive us..! I firmly believe, that if politicians stop talking to each other, it is the duty of the artists to keep the dialogue going. We, the musicians and dancers, are among the luckiest, because our art doesn‘t need translation - it speaks directly from heart to heart...!”  The participants were also greeted by Irina Bokova, Director-General of UNESCO.

To participate in the summit, dancers from China and all over the world were selected including dancers with disabilities. The summit opened with a conference dedicated to the concepts of cultural preservation and innovation, and how these relate to dance and dance education in today’s climate of globalization. The conference was opened by Alito Alessi from the USA, who is the artistic director of DanceAbility International where actors with special needs work too. The title of his speech was “All bodies speak: everybody can dance.”  The conference speakers  were also Susan Rosenberg (Trisha Brown’s companion) from the USA, Cecile Guidote-Alvarez from Philippines, Liu Qingyi, Feng Shuangbai, Luo Bin from China, Carmen Rubio from Spain, Marion Muzak from France,  Andromachi Dimitriadou Lindahl from Cyprus, Renat Mamin from Russia, Rosana Hribar and Gregor Lustek  from Slovenia, and the dancer and choreographer from Burkina Faso Salia Sanou.

The culmination of the summit was the Gala Night with the motto “We, Dance Together” embodied by selected dancers from China and all over the world. The first part of “Shanghai Night” became a kind of tribute to international guests from Chinese choreographers who work with dancers and students of the Shanghai Academy. The second – “International Night” turned into a dance (and sometimes ritual) “response” from the guest team. The main hits of the show were the famous production “If You Couldn´t See Me” by Trisha Brown Company, and the “Third Wheel” show of DanceAbility International with the participation of dancers on wheelchairs. However, this challenge was met by the Disabled Art Troupe of Zhengzhou Normal University, China for deaf children.  Their show “Wonderful Hand Blooming Flower” once became a bronze medal winner of “Lotus Award”, China’s top dance award, and the 2015 winner of China Central Television’s hit show “Brilliant Chinese”.

After all, dance ends neither with age, nor with
body’s potential, nor with anything whatsoever.