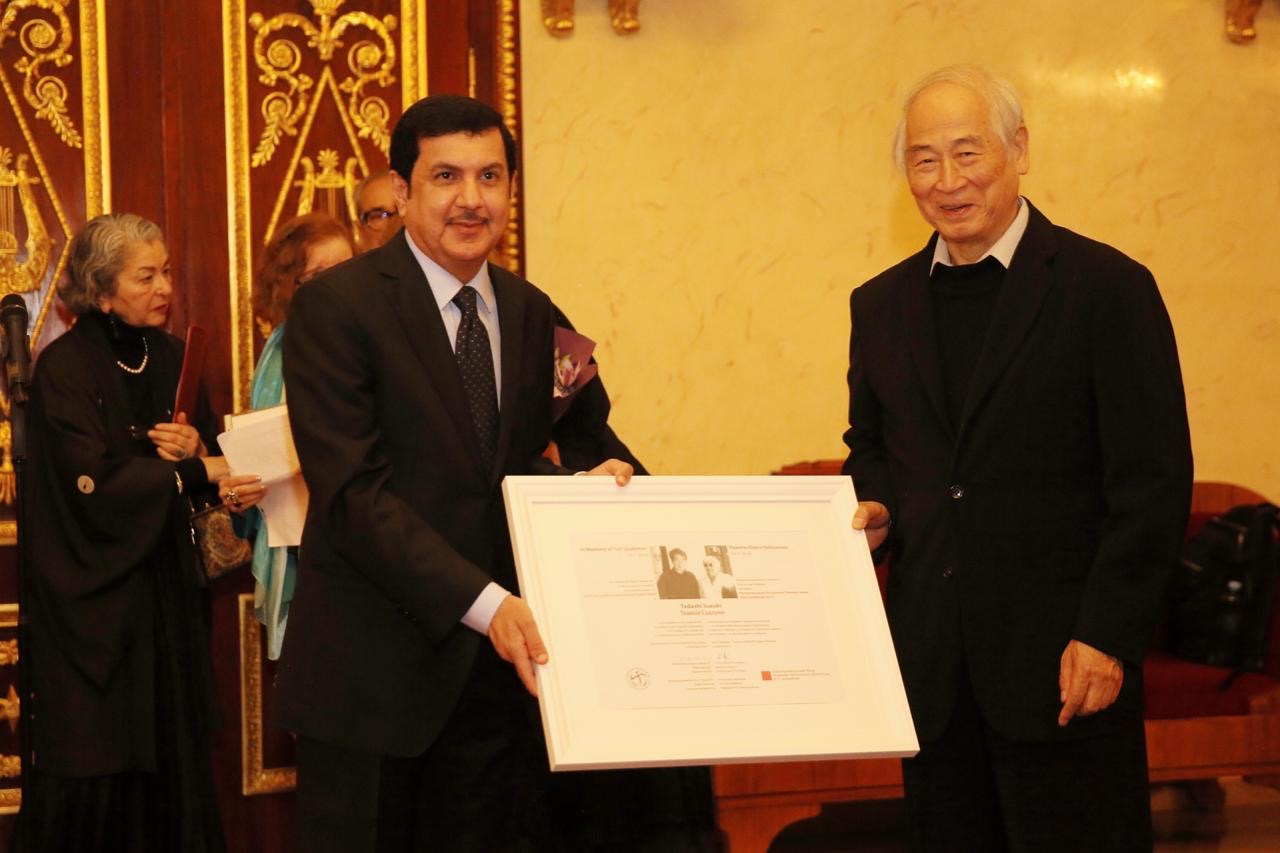 The Yuri Lyubimov International Theatre Award, established by the Lyubimov Charity Foundation for the Development of Theatre Art and the International Theatre Institute, was presented last Saturday to the prominent Japanese director Tadashi Suzuki at the Alexandrinsky Theatre immediately after his play Cyrano de Bergerac. The award ceremony was held in the Tsar's lobby of the theatre in the presence of theater actors and was opened by the artistic director of the theatre V.V. Fokin. Fund Chairman Katalin Lyubimova and President of the International Theatre Institute Mohamed Al Afkam spoke about the award and explained its significance to those present. Welcoming telegrams were sent and handed over to the Japanese laureate from the director of ITI, Tobias Biancone and director Anatoly Vasiliev, who could not be present during the cultural event in St. Petersburg.